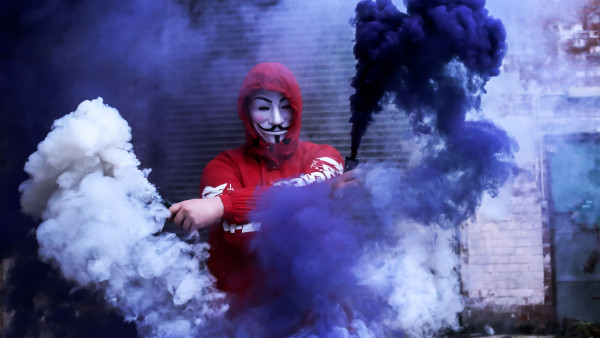 I have a late 2011 13-inch MacBook Pro that continues to be a workhorse. This particular model is the 'option' model (2.8GHz MacBook Pro MD314LL/A) meaning it came with the Core i7 and a 750gb hard drive. Memory upgrades for the late 2011 should be the same for all models and sizes of that release cycle but do some research for yourself. The specs for this model and the standard 13-inch late 2011 can be found here (Apple Specs).

In the specs Apple reports the 13-inch models will support up to 8GB of RAM - 4GB per slot. In actuality this model will support 16GB of RAM - 8GB per slot. If at all possible you should test memory modules before buying to ensure your MBP will recognize the full 16GB. *I cannot guarantee that you will have the same results I did. My theory is that if a MBP will not accept the full 16GB it will still recognize at least one stick or part of the memory unless the memory is bad.

As far as upgrades go this is pretty straight forward and not difficult at all. Below is what you will need:

Fortunately I have a vendor that I can get OEM hardware from and save $. For this upgrade I have 2 x 8GB Samsung memory modules. Many times memory is advertised for a specific brand of computer but as long as the specs meet your device you should be good to go. Don't be fooled into thinking memory for a MBP is specific to Apple. I have used this same spec memory to upgrade Sony, HP, Asus, iMac amongst others. Thankfully there is no monopoly when it comes to memory.

Ensure that your MBP is powered off completely, not in sleep mode. You also want to disconnect any external power source.

Flip the MBP over to expose the screws on the bottom side. In all there are 10 screws that have to be removed. There are two different sizes which I will simply refer to as short and long - 3 long and 7 short. You can see their locations in the picture provided. You may want to have a small cup or container to put the screws in so they don't get lost.

Using a cross tip screwdriver remove the screws one at a time. I used a 0x20mm and for convenience it has an end that spins so you can easily hold the screwdriver in place while you loosen/tighten.

It's not difficult to remember where the long screws go but make a mental note. In the picture you can see the long screws - they are on the hinge side. This may be different on a 15-inch model.

The bottom cover will easily lift off exposing the guts of the MBP. Here you can see the superdrive, hard drive, and battery are accessible for other repairs/upgrades that might be needed.

You now have access to the old memory modules which are stacked one on top of the other. Many technicians will remove the battery connector (to the right of the memory) at this point to cut any power that may be connected to the motherboard and modules. I have never done this and never had any problems. This is where the anti-static strap comes in. Basically you want to ensure that you are grounded and do not have any charge that can be released to the module. A static charge can damage memory and many other electrical components.

The memory will be firmly seated and held in place with two plastic tabs on each side. You will need to spread the tabs outward releasing the memory module. It should spring up a little. At this point you can grab the memory at the ends of the module and slightly pull away from the board at a small angle. The module should slide out.

The second module is removed the same way. Try to touch the memory along the edges of the circuit board and not touch the chips or connector.

Installation is simply done in reverse order. The modules will only fit one way so there is no concern of installing it incorrectly. Just remember the angle in which the modules rested after the tabs were released. Insert a new 8GB module into the bottom slot at the same angle. When it is properly seated you should be able to gently push down on the module and it lock in place. Do the same with the second (top) module.

While the laptop is open look for any dust bunnies or crud that might need to be cleaned out. The MBP is sealed properly which helps prevent foreign objects from entering the chassis. Either way, marvel yourself at the components and construction.

Reassembly is basically doing things in reverse. Line up the bottom plate and begin replacing the screws. I have always done this in an alternating manner (across from each other) and not fully tightening down until all screws have been started.

Fire up the rig and let the system boot. If it fails to boot you know something went wrong and you will need to being troubleshooting the memory.

Once booted you can check your system information - Apple logo->About This Mac to see if it is reporting the new memory. Click on More Info to get more information. Click on the Memory tab to get specific memory information.

As you can see my MBP is reporting the 16GB of memory running at 1600MHz. For everyday use I will not notice a gain in performance as 8GB is typically enough memory. I am definitely enjoying the performance gains with the virtual machines I run and test in VMware.

If you are not aware you can download and run memory testing software which will put the modules through a series of tests. I use Memtest86 which can be used on a bootable CD or USB drive. This is optional and not typically necessary if the system is reporting the full amount of memory.

I hope this helps someone and maybe your system can actually do more than you thought. By the way, I'm not partial to Apple but I do love my MBP.

Can I Download Vero On My Macbook Pro Case

Can I Download Vero On My Macbook Pro Max

Can I Download Vero On My Macbook Pro Model